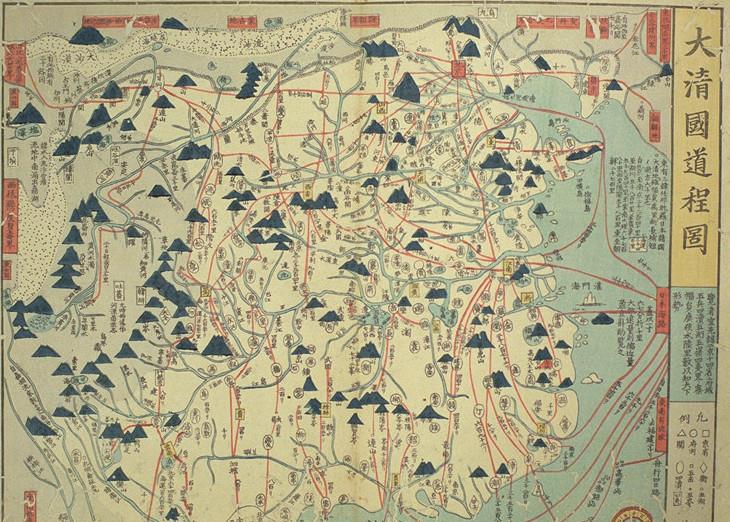 We think it is about time to resume our very brief historical summary on China. Eons ago, we concluded the first article foreshadowing of the birth of China as an empire.

Up to ten states are fighting for control during the Warring States period (approx. 475 – 221 BC). There can be only one!

And the winner is…

Located in the northeast end of China, often invaded by neighbouring barbarians but usually left alone by the other Warring States, the people in Qín (秦) are renowned for their military virtues. Thanks to long-living princes, development of efficient irrigation techniques and the unification of the people behind Confucean rites, Prince Ying Zheng eventually sets to conquering the neighbouring states from 230 BC onward. And he did succeed!

Giving birth to an empire, he crowns himself Qín Shǐhuáng (秦始皇). Despite a relatively short reign (11 years), he managed to submit a lot of China proper to a centralised government based in Xiányáng (current Shaanxi province, near X’ian). Civil servants are recruited at this central level and paid according to a wage table to reduce corruption. Money, weights and measures together with writing are harmonised to a degree. Additionally, let us not forget that the first sections of the Great Wall are built during his reign.

Unfortunately for the Qin Empire, his successor is not as successful. In a matter of years, the newborn empire descends into chaos and civil war.

Oh, fun fact while we are at it: the current name « China » used by Westerners actually derives from the Qin (Ch’in) empire.

Among those revolted against the Qin central rule, the most famous is certainely Liú Bāng (刘邦 / 劉邦), a peasant from Shaanxi turned into a bandit king. Long story short, he eventually founded the Hàn (汉/ 漢) dynasty and empire (202 BC – 220 AD) which gave birth to some 28 rulers.

The Hàns were the first to fully embrace the Confucean philosophy, which has been an ideological pillar to all the following dynasties. Patrons of arts and history, Hàns have managed to repel Xióngnǔ barbarians and impose Chinese influence down to Vietnam and west in the Tarim Basin. This extension led to a first contact with the West. Buddhism also entered China via the Silk Road.

Romance of the Three Kingdoms (三國)

Yes, absolutely. We are coming to a time in Chinese history a lot of you know about. Why would you? Perhaps because you read the famous book « Romance of the Three Kingdoms » written by Luó Guànzhōng (羅貫中) during the 14th century. No?

The empire is deeply shaken by a popular uprising – the Yellow Turban (黃巾) rebellion – starting in 184 AD. The Hàn emperor is forced to call on all the help he can find, including from lords which are almost de facto independent. Major figures emerge during this time: the cunning Cáo Cāo (曹操), the fearsome Sūn Jiān (孙坚 / 孫堅) or the benevolent Liú Bèi (刘备 / 劉備) and his sworn brothers Guān Yǔ (关羽 / 關羽) and Zhāng Fēi (张飞 / 張飛).

The rebellion is eventually quelled, with remaining sparks left and right until 205 AD. Unfortunately, most lords leveraged the conflict as a way to gain further independence from the empire while still pledging loyalty to the Emperor. Dǒng Zhuó (董卓), a powerful general and lord, captured the Emperor and pretended to govern on his behalf. His move resulted in a massive coalition against him – a battle he eventually lost.

There will be a need here to cut the story short! With the imperial authority crumbled, competing kingdoms eventually emerge and battle for supremacy. Cáo Cāo’s Wèi (魏), Sūn Quán’s Wú (吴 / 吳) and Liú Bèi’s Shǔ (蜀) fight for almost decades, continuing after the death for their founders. In 220 AD, the Hàn dynasty is overthrown while Cáo Cāo’s son Cáo Pī (曹丕) becomes emperor. Wèi has the upper hand but the Cáo dynasty is overthrown in turn by 265 AD, with its former councellor family Sīmǎ taking over power. Unification is achieved in 280 when the kingdom of Wú is defeated. The Jìn (晉) dynasty (265 – 420), created by Sīmǎ Yì (司马懿 / 司馬懿) has united China.

Everything would be rosy if it was not for the Wuhu barbarians. They pour into northern China and seize Chang’an in 316. A huge Chinese migration begins toward the south. Sima Rui manages to perpetuate the dynasty by forming the Eastern or Later Jin (316 – 420) – capital Jiankang (next to nowaday’s Nanjing). They collapse in 420, leaving place to a number of small dynasties known as the Southern Dynasties (420 – 589).

In the north, Fú Jiān unites the northern kingdom in 376 but his feat does not survive his death. His dynasty crumbles soon afterward. Tuòbá Tāo (拓跋焘), a Turkic emperor, repeats the achievement in 439. A number of kingdoms will rise and fall in the north between 439 and 589. In total, this Northern and Southern Dynasties marked a durable separation between the North and South which lasted some 300 years. Until the Suí (隋) dynasty successfully pulled out a reunification in 589!

But this, fellow gamers, is for the next post on Chinese History! Stay tuned for more information.