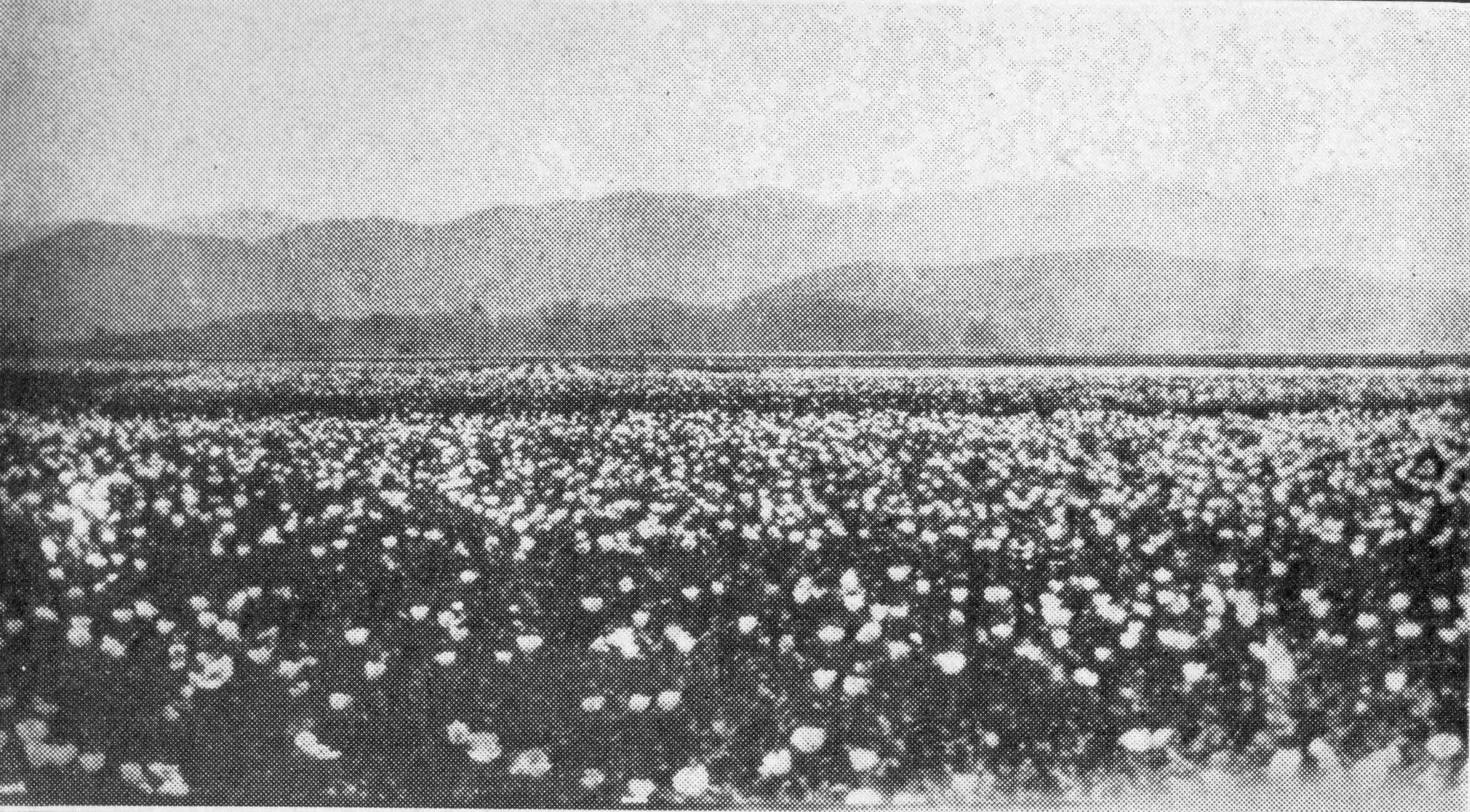 We are coming back to the second part of our focus on opium, finally talking about the timeframe we are all interested in (thanks to RoWS): the 1920-1930s! We apologise for the small number of pictures. They are incredibly hard to find!

Opium or « black rice » (heimi) had become a major crop in Yunnan, Guizhou and Sichuan over the 19th century. It was quite important as well in Shaanxi, Gansu, Rehe, Fujian, Anhui, Henan, Heilongjiang and Jilin. Areas of light cultivation were located in Hubei, Hunan, Suiyuan, Chaha’er, Jiangsu, Xikang, Guangdong, Shandong, Jiangxi, Ningxia, Xinjiang, Hebei, Liaoning, Zhejiang and Guangxi. There is no evidence of cultivation in the other regions.

As mentioned in the previous post, farming opium was very labour-intensive. According to John Buck, for the 1929-1933 period, the following amount of working days needed per crop per acre was as follow:

Why would Chinese peasants move to cultivating poppy for opium, which was so time-consuming and could not feed their families? Two reasons:

The greed was however not without consequences as more land was devoted to cash crops than food-producing crops in certain areas. Chinese peasants were eating between 50% and 75% of their own production. Add a major natural disaster to the mix and things become catastrophic. For instance, in 1924-1926, Yunnan, Guizhou, Sichuan and Hunan were struck by a devastating drought. In 1925, conditions were the worst in Guizhou, hit by a major famine. There were report of large amounts of people living off grass and leaves.

Opium was a trade good that came in a lot a variety, though three main sources were listed: Indian, Persia and China. Each was subdivided into several differents types connected to their quality. Imported opium was more expensive than homegrown ones: the Patna opium was worth $18 a liang versus Yunnan opium worth $2.6-$2.8 a liang (considered the best in China).

2 main routes for transportation were used: the Yangtze river, from Sichuan to Jiangsu (and Shanghai, the opium capital) and the « Guangxi corridor », connecting Yunnan and Guizhou to Guangdong (and Guangzhou). Mostly waterborne, railway and animal-carriage were also used.

People in the opium business

The actual trade was handled in an illicit manner, where 70% of the people involved were either merchants, civil servants, soldiers or individuals from the underworld. Key players were the yanshang (opium merchants) who were involved in this business. Wandering merchants were buying the opium from the farmers and then selling most of their purchase to pifashang/hangshang (wholesale merchants). These bought cakes of raw opium weighting 500 to 1,000 liang. While feeding some local retail shop, most of their cargo was transported by yunshang (transport merchants), yanbang (opium syndicate) and zuozhang (receiving merchants). These were the most capitalised of all yanshang, arranging for transport (protection) and distribution to retail shops – the opium dens.

Opium merchants were so powerful they set up a complete banking system along these routes. « Taxes » for protection or safe passage were collected by local warlords and forces along the way. Triads – like the Green & Red Gangs or the Elders and Brothers Society – were operating under police and military protection.

Foreigners were also part of the game. American and British gunboats sometimes would carry illegal shipments of opiums to get past Chinese warlords taxation. Cooperation would also occur with foreign capital: for instance, the Guangxi route’s operators and local merchants had received investment from the French Mission Catholique, Banque de l’Indochine and Banque Industrielle de Chine.

From 1912 to 1928, according to Jerome Chen, some 1,300 men met the criteria for being considered as warlords (junfa in Chinese): controlling a private army and a territory from which they had to extract resources to sustain said army.

All these warlords, from the biggest ones like Wu Peifu to smaller forces, were in constant, dire need of funding. And what better than opium to hoard massive amounts of cash? Opium monopolies were assembled, combining tax farming and licensing scheme. A merchant would be able to operate with a warlord’s license on his territory (for transport and/or sale) and would pay taxes along the way. A number of lijin stations were established on the main roads by warlords. Merchant’s huzhao (official passport) control and payment of taxes were attested by revenue stamps.

Some warlords were even putting up their own official opium shops as monopolies, so that revenues would not be transitting via a third party – like the Nantong Combine by Sun Chuanfang in Shanghai. Officials and militaries were actively involved in protecting the trade: reports were made that naval commanders from the Shanghai Jiangnan Arsenal opened fire on Maritime Customs ships or « pirates » trying to steal opium cargo!

Let us try to get an idea of the amount of taxes collected. On a hypothetical route from Chongqing (Yunnan) to Shanghai in 1925, a liang of opium was worth CN$0.80 at the farm. In Chongqing, it was wholesaled at CN$1.20. Further down the Yangtze road, each dan (0.009lbs, 4g) of opium was taxed in Wanxian, Yichang and Hankou. When the drug reached Shanghai, a dan was worth CN$2.80 – a price increase of +113% compared to Chongqing! And this only due to warlord taxes.

Guomindang and opium: control or ban?

Money as the main driver

Dealing with opium was real complexity for the Guomindang in its early days. Between 1917 and 1923, Sun Yat-sen was mostly relying on warlords’ good graces for revenues. An attempt to take control Canton’s Maritime Customs failed in December 1923, prompting the GMD to search for other sources.

On 16 January 1924, the Opium Suppression Regulation was established by the GMD – being nothing more than an opium monopoly for « opium-cure medicine ». The OSR tax collection was handled as a priviledge to third parties, under a Super Intendant (Yong Xiyuan until March 1924). They would eventually keep around 60% of taxes for themselves! A tax on opium parlours was introduced in July 1924, prompting a strike and business close down in protest by the opium guilds. Sun Yat-sen also publicly takes position against opium trade and consumption several times.

The OSR were amended in August 1925, with the Super Intendant contracting merchants for purchase and transport while the Finance Minister (T.V. Soong) would collect revenues. The Anhua Gongsi was contracted thanks to a good deal offer. Surprise! In November 1925, the contract was cancelled and a formal Opium Suppression Office put in place. A return to traditional tax-farming is operated until late 1928. Opium revenues were critical to financially support the Northern Expedition (1926-1928).

The GMD was still at odds with its anti-opium convictions. In June 1927, a month after the capture of Nanjing, the KMT voted to suppress the opium over the next 3 years. The OSR were revised again in April 1928, paving the way for a complete change of policy. From « supression through taxation », the GMD opted for « complete prohibition » in July 1928. An Opium Prohibition Act with regulations were released in September 1928, largely pushed by anti-opium associations (who had many GMD benefactors in their ranks). A National Conference against Opium was convened in November 1928. Chiang Kai-shek promised the party would not « derive a single copper [coin] from opium revenue ».

Good words, unfortunately contradicted by two scandals: soldiers caught unloading opium crates by police in Jiang’an on 21 November 1928 and the Chinese Vice-consul to San Francisco caught with opium in his baggages on 5 July 1929. The National Opium Prohibition Committee, which started working in January 1929, had already a lot on its plate. Combatting opium was already a key need for the GMD. Indeed warlords from opium-rich regions were successfully resisting centralisation thanks to their large opium revenues.

In 1929, the Special Clearance Tax Office was due to collect taxes on opium along the chains, as part of the GMD’s « poppy politics » to enforce central control. Local governments, which more reliant on land and opium taxes to sustain levies. They proved themselves the weak link in this suppression policy. Many commanders used troop movements to move opium in a de-taxed mmaner.

However, we will stop here for now – otherwise this article might end up as long as the sources we used!

The opium issue in RoWS

Aaah yes, the burning question… and the one which prompted this long 2-article post. Seems like we got carried away with enthusiasm!

An early call to make

How will opium impact your game? Well, pretty much as described above. Almost until the Northern Expedition is complete (1928), the party will be craving for funds. Things will be particularly hard between 1920 and 1923, and only slightly better until 1928. Opium would be a good source of income. But what about morality? Dr Sun himself disavows opium… but he understands the revenues generated by this deadly trade.

Which side will you pick? A Moralists versus Pragmaticists game will always be on in Rise of the White Sun. Let us tell you that the Communists are not very fond of opium, which enslaves the people! But you desperately need the funds…

If the GMD goes for taxation, there will be a decision to be taken regarding who farms the taxes. An official office or a delegated third party under contract? Would the second option not be a tempting way to enrich oneself?

If and when the situation looks better…

Later, if things went well for you and the party, pressure will come from anti-opium and Christian associations – many of the GMD fund givers can be found in their ranks! How will you balance party legitimacy versus economic needs?

An other point for consideration will be those warlords which are resisting centralisation. They live off the opium farmed in their regions. Will your decisions challenge their monopoly enough to sap their powerbase? Surely, banning opium sales openly could help… But do not forget that some foreigners and many criminals also have vested interest in the opium business running smoothly.

We owe all this great deal of precious information on the opium issue in the 1920s and 1930s to one solid academic book.

Opium, State and Society. China’s Narco-Economy and the Guomindang, 1924-1937, by Edward R. Slack Jr. (2001), pub. University of Hawai’i Press, Honolulu, has proven a very valuable source in making RoWS. Should you want more information about opium in this time, this is a 256-page read we wholeheartedly recommend!

Here a direct link to the University of Hawai’i Press if you are interested in buying the book!

We hope this quite in-detail focus was of interest to you, stay tuned for more info and content!